First a huge thank you for supporting Kew Fete. Over the last 10 years we have donated over £150,000 to local charities and the Fete has been a real family favourite. It has been run entirely by a small core team of volunteers. We intend to keep this going for many more years but our plans for this summer have been overtaken by events and we have had no choice but to cancel. We haven’t thrown in the towel and we will be back, hopefully bigger and better! We are aiming for 19th June 2021. 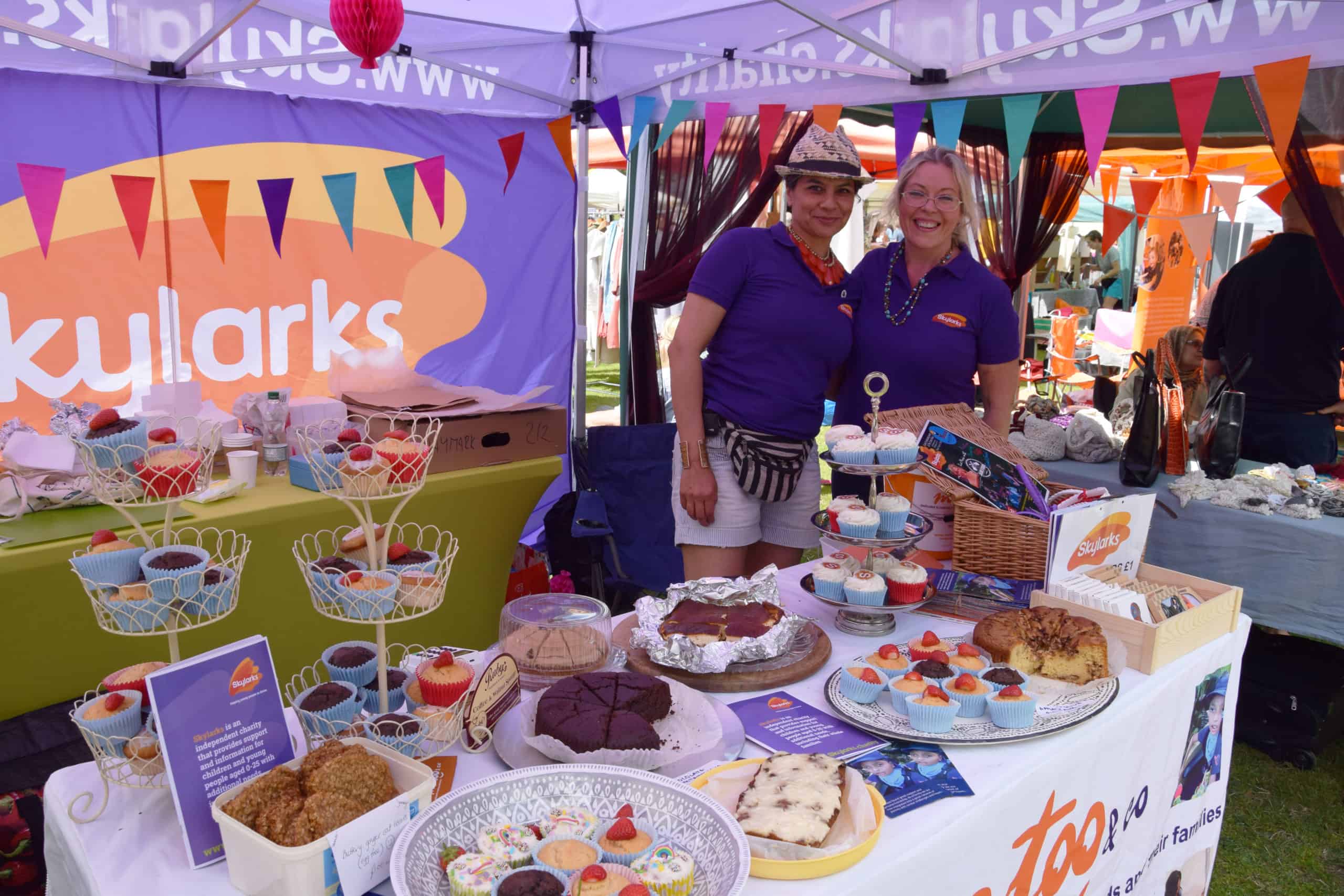 Since Kew Mid-Summer Fete started in 2010, over £150,000 has been given away to charities in the Kew/Richmond area

Register from 12:30 on the day, Starts at 3pm, Multiple classes to enter, Mystery Celebrity Judge

Entertainment on the stage from 11am - 6pm, Local bands, Local schools performing

Stalls for all ages, Over 100 on the Green and 20 covered in the marquee, Over 15 food and drinks stalls in the Food Court, lots of local charity stalls

We are now fully booked for Kew Fete on 20 June 2020. We are operating a waiting list, so if you would like to be added to the list, please apply and we can add your name in case of any last-minute spaces. We can also add you to the mailing list for next year. Thank you. 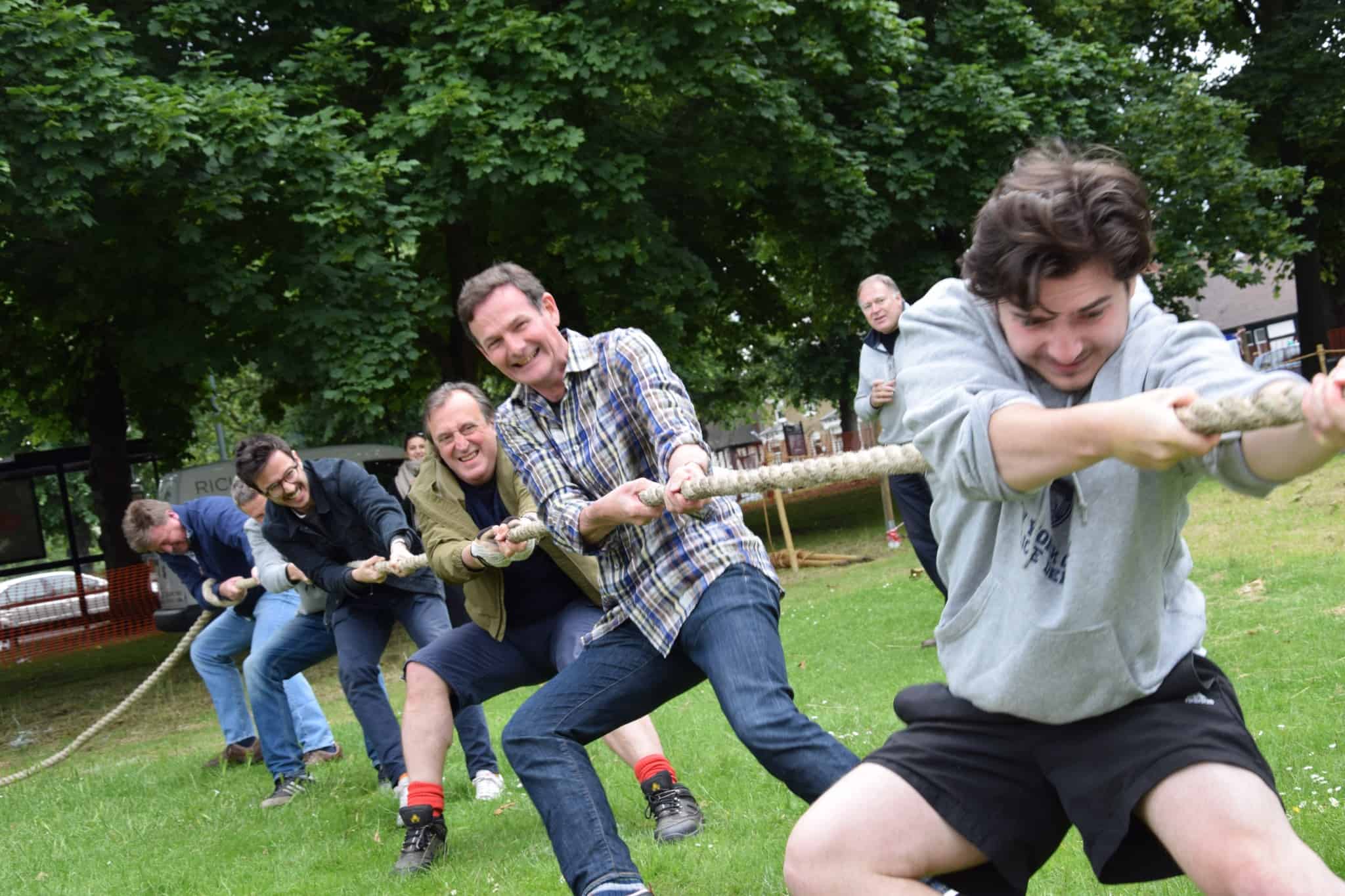 The Friendly Tug of War

Open to all, Adults and children, Mixed and single teams of 6, Register your team here or on the day

Parking: Please, please use public transport. There is limited parking around the Green and most of that’ll be used by the 120 stall-holders that attend the Fete.

A day of fun, fund raising and great community spirit at the 2019 Kew Midsummer Fete, celebrating its 10th Anniversary

Kew Midsummer Fete celebrated its 10th Anniversary in style on Saturday 22nd June with brilliant sunshine as thousands of visitors flocked to Kew Green for this annual highlight of the summer season which began in 2010, thanks to some enthusiastic Kew residents. Their aim in reviving the Fete (which had been a 250-year old tradition), was to showcase the best in the community, support local businesses and charities and provide plenty of attractions and fun for all the family.

Thanks to another fantastic day, £19,190 was raised this year bringing the overall total over 10 years to an amazing £150,418! This is all for local good causes and this year the funds have been divided between 14 great charities:

This year’s fete was a day of fun and laughter and great community spirit with wonderful, talented acts on The Stage, including fabulous Bollywood dancing from girls at the Old Vicarage School who opened the show, to Darrell School Choir, local newcomer, singer Tom Wykes, performances from Q2 Players, Richmond Symphonic Concert Band, karate from FSKA in Kew and Crouching Tiger Karate and Kew Dance Arts. The Deputy Mayor of Richmond also addressed the crowd to praise the event’s charity fund-raising.

Over 110 amazing stalls did brisk business, including charities and those selling some incredible hand-crafted goods with everything from jam to jewellery, cards to cushions, paintings to plants, candles, bags, clothes, hats, scarves, baked goods, glassware and ceramics. Then there were all the adorable dogs parading in the Dog Show, competing in seven categories with some fantastic entries in the ‘Dog Most Like Its Owner’. Celebrity judge, actor Russell Tovey who is a huge dog fan took on the tough challenge of choosing the winners and brought along his own French bulldog ‘Rocky’! Then there was the fun of Reuben Bond’s traditional Victorian fun fair, the mobile farm and inflatables, beat the Goalie, run by Kew Park Rangers, a show of strength in the tug of war and loads of delicious food and drink to suit all tastes including the Fuller’s Bar and our great Tea Tent run in aid of the Alzheimer’s Society with cakes baked by volunteer group, Bake A Difference. The charity raffle sold more tickets than ever before and the Lucky Dip sold out! It was the happiest of days for the Committee and all the fantastic sponsors and volunteers who make the whole event possible and everyone who came along seemed to have a great time.

‘The Riverbank Family Christmas Party is the highlight of our year and is also a really practical way to demonstrate that our community loves and cares for vulnerable families experiencing difficulties. A big thank you for you donation to fund it this year.’

‘Our music sessions have a positive impact on mental health for our clients, allowing them to express themselves and create opportunities to build friendship networks through shared experiences. We are extremely grateful that with your generous donation we can continue to offer this service.’

‘It will be a blessing to those who come for a food bag but also get a meal. Very many thanks!’

‘We are very grateful for the Kew Fete funding which is crucial and means we will be able to make two more 'My Life' films for people living with dementia and their families. Dementia is such a cruel disease taking away people's memories and eroding their sense of who they are. These films help them retain those memories, improve their self-esteem and help family members, carers and neighbours to stay connected with them and provide the support that is needed and so highly valued. Thank you.'

‘We’re thrilled! Thank you so much – this funding will enable us to book three training events for our carers and volunteers to our dementia day respite charity. We are so grateful for your support. ’

‘Thanks to your donation we can continue to send a Christmas and birthday card to our registered beneficiaries in Kew who have mobility issues or are mentally or physically disabled. Each year we receive the most touching feedback from this simple act. We are also immensely grateful for the funds towards helping our charity ensure good governance so we can continue to connect safely people who need a helping hand with local volunteers. ’

‘Thank you so much for the donation which will support our allotment project, giving local older people the chance to access a safe green space, meet new and existing friends and improve their health and well-being.'

‘Funding from Kew Fete has an enormous impact on our volunteer counsellors, many of whom would struggle to attend the essential training if the costs were not covered.’

‘Thank you very much indeed for your kind donation which means we can procure a projector which will be so useful for group meetings and presentations about the many aspects of living with diabetes.’

‘The generous donation means that we can purchase two lightweight wheelchairs which will enable the volunteers to take more residents on outings, and make the staff’s work easier in transferring them between rooms in the house.’

The Abbeyfield Society/Friends of Victoria House

‘Thank you for the cheque to buy a projector which will enable us to train our volunteers much more easily. Until now we have had to borrow projectors from other organisations – it will make a huge difference having one of our own... Thank you for all the hard work you put into planning and preparing for the fete. It really does impact the lives of local people.’

‘We are absolutely delighted and will be using this money to provide activity days for young carers, giving them the chance to get outside, have fun and very importantly make friends. The children we work with can often be very isolated and have few opportunities to play outside. Your support will enable us to provide drama and forest school sessions for these young carers.’

‘Thirty of our families had a wonderful day in Kew Gardens and without your contribution may not have otherwise been able to experience the wonderful gardens.’

‘Donations such as yours enable INS to support people with neurological conditions like Parkinson’s disease or multiple sclerosis to take part in exciting new activities and meet new people – this both improves their well-being and enhances their independence.’

‘The donation will go directly to our Transport & Carer Day which enables many of our most vulnerable elderly and disabled members to attend our club to enjoy activities and have a hot meal in a welcoming and friendly environment which goes a very long way to combating isolation.’

‘We have sometimes struggled to have enough tents for boys and girls to be accommodated in separate tents when we go camping. Your grant has helped us to solve this challenge. Your support for scouting in Kew is very much appreciated. ‘

‘Your fantastic donation will fund our specialist crisis counsellors to support 50 young people in the borough over the next year, through providing a crisis counselling session when they most need it.'

Off the Record Twickenham

‘Your generous donation will be put to immediate good use providing vital equipment for terminally ill children living in financially disadvantaged families.’

‘Thank you for the wonderful donation. We are extremely grateful for the support to adults with autism who would otherwise be very isolated and at risk of developing mental ill health.’

‘A really big THANK YOU from all of us for your donation to fund our monthly Carers Lunches, which provide an opportunity for carers to seek support from each other and benefit from guest speakers and workshops geared to helping with their responsibilities.’

‘The whole Small Steps team are delighted that we will be able to purchase some new musical and sensory equipment for the children... Music plays a major part in all our groups with songs and rhymes to help the children focus and reinforce learning. Many thanks for supporting Small Steps – we are extremely grateful.’

‘We are very grateful for the ongoing support from Kew Fete. It is only through the support of the local community that we are able to offer a comprehensive recovery service to transform lives from homelessness to independence.'

We are now fully booked for Kew Fete on 20 June 2020. We are operating a waiting list, so if you would like to be added to the list, please apply and we can add your name in case of any last-minute spaces. We can also add you to the mailing list for next year. Thank you.

We have over 110 stalls at Kew Fete, with about 90 being on the Green and a further 20 inside the marquee.

We have around 15 food stalls in the Food Court in front of the stage.  Come and make a day of it. 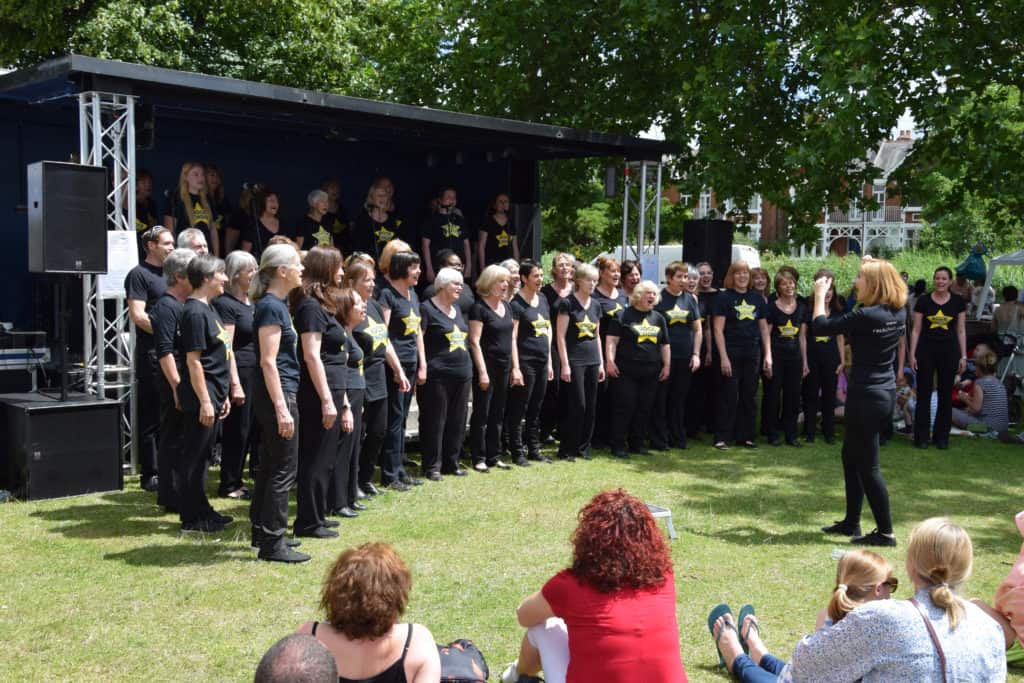 We'll have live acts on the Stage from 11am to 6pm.  If you wish to perform at Kew Fete 2020, please enquire here. 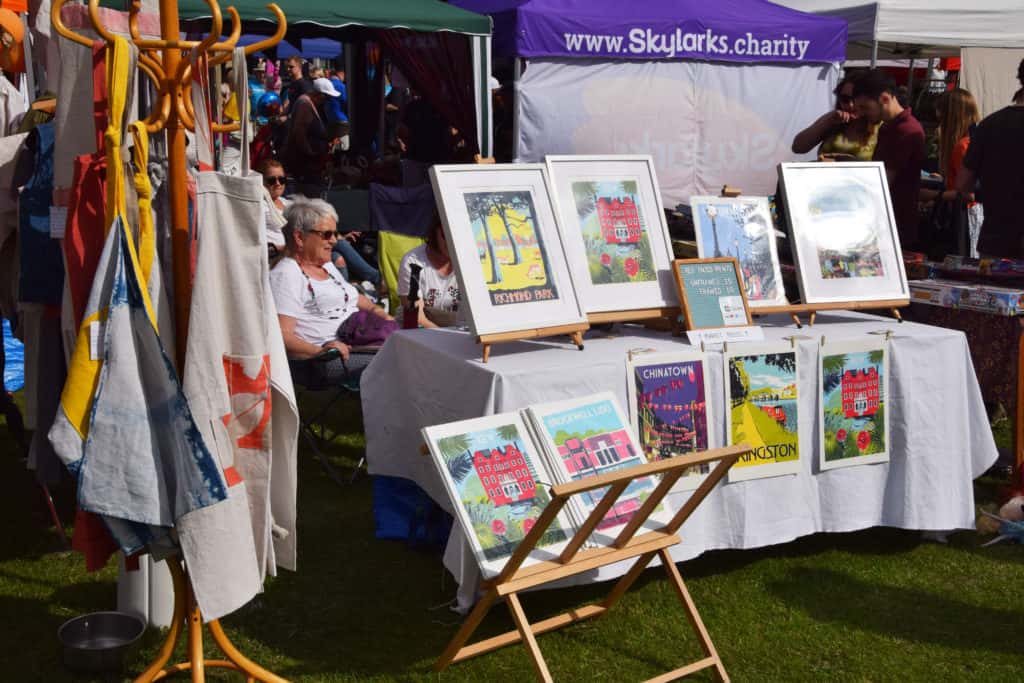 The Fete is a great opportunity to both educate the local population about your work but also to raise funds though your stall on the day.

If you are a local charity and would like to have a stall at Kew Fete 2020, please check this website early 2020 when applications will open 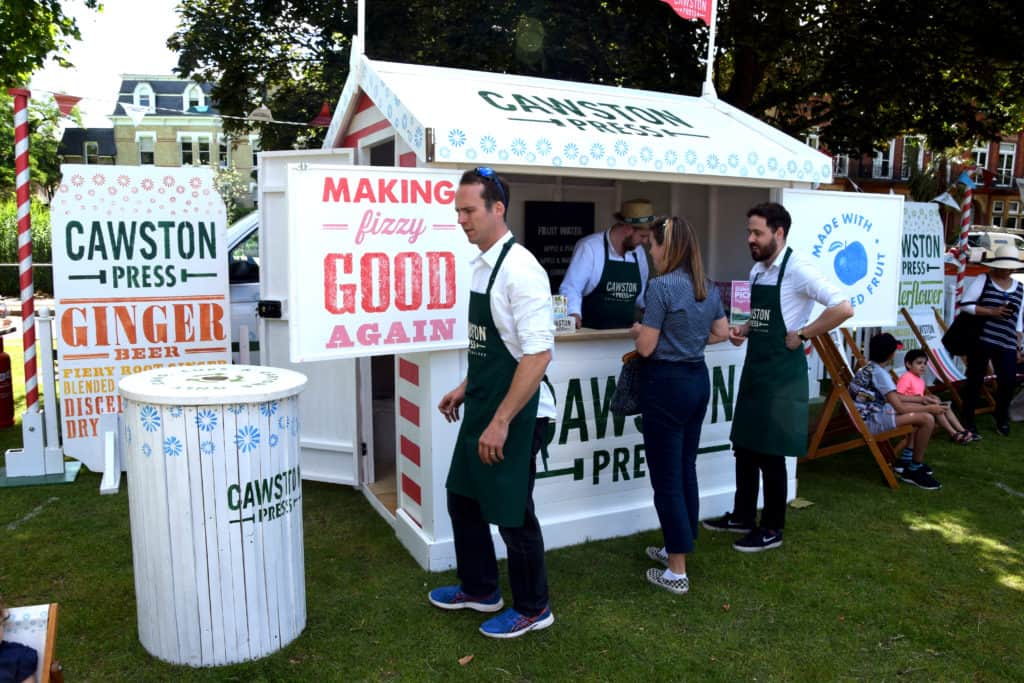 Sponsors are crucial to the running of the Fete, and make a huge contribution to our charity donations each year.  At least one of our sponsors is coming back in 2020 for their 11th year!

We have a range of sponsorship opportunities at Kew Fete and we're always happy to discuss specific opportunities.

If you are a local business and would like to help, please get in touch. 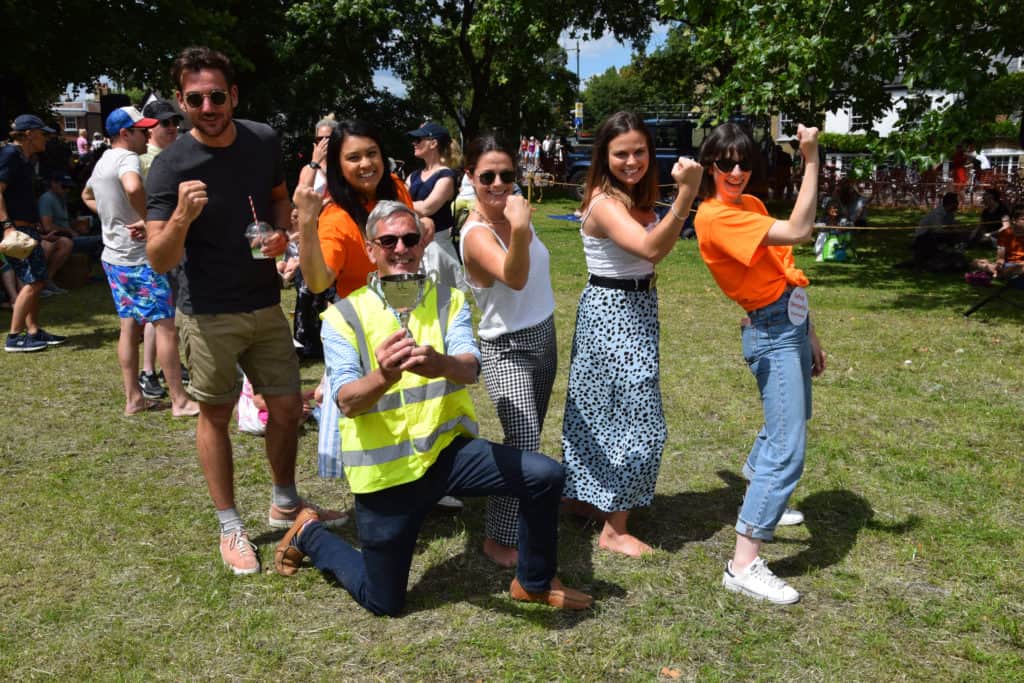 Following the success of the last 5 years competitions this year we’ll be holding our sixth fun Tug of War Tournament. We’re looking for teams of six with pulling power – so start getting your team together from your local pub, street, office, school or group of friends. Team colours or fancy dress are welcome but not essential.

Enter your team below